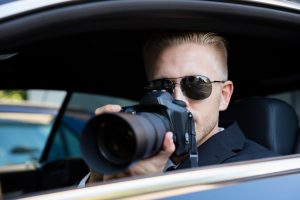 Hollywood has completely twisted the private eye persona for the typical American. Fortunately, professional private investigators don’t usually go around gun slinging and threatening deadbeat dads and thugs. They won’t get into bar brawls or break the noses of local cops over red tape issues. And you’re not going to see many of them in high-speed chases. Sorry, NetFlix. But that doesn’t mean they sit at a desk all day and push pencils around. Private investigators often work on high-tech, fast-moving cases that require client confidentiality and a lot of critical or creative thinking. Surveillance is a key element in many cases. But what are some major reasons for surveillance?

Good employees are the bread and butter of any successful business. A little downtime and playfulness can go a long way towards increasing productivity and a positive workplace. But employee misconduct is quite different. Misconduct tends to be behavior and actions that can pose dangers to other people and cause problems for the company. Examples include assault, fraud, harassment, property damage, and theft. If continued warnings or reports on serious misconduct are given or received, surveillance may be required to remove the offender and potentially avoid or support a lawsuit.

Over 600,000 Americans go missing annually. Fortunately, most of those are simple runaways or adults who want to go off the grid for a little while and find their way back home. Nonetheless, over 4,400 unidentified bodies are recovered annually. That’s enough to scare any parent to death. Police departments are backed up but still prioritize missing persons, especially those involving children. But they do have time and red tape limitations. If you’re concerned about a missing person in your life, surveillance may be needed. The right Chicago PI can definitely help.

Out a Cheating Spouse

All states have some type of no-fault divorce policy, but that doesn’t mean fault can’t be given during the divorce process when it’s warranted. Adultery is still considered illegal in many states, and moreover, courts view it as an offense during divorce hearings. Proving current or recent adultery can potentially increase spousal support and even child support benefits for the victim. So consider that if infidelity is a significant reason for your divorce or breakup.

Employee theft isn’t the only type of theft businesses face, but it is responsible for 90% of business theft. Approximately 75% of employees admit to some type of business fraud, resulting in $50 billion in losses annually. Company theft is often ongoing and recurrent. In fact, almost 30% of company theft is performed throughout a five-year span. Critical data and hacking risks are especially common due to extra remote and computer access. Unfortunately, those don’t always lead back to a specific employee until it’s too late. Surveillance can help stop the theft before it completely breaks your business.

There were approximately 4,754 fatal work injuries across the U.S. in 2020 which was a significant drop from the year before due in large part to the sudden change in remote workforce requirements. Of course, not everyone can work from home consistently. Responsible businesses and employees pay into workers’ comp insurance to prepare for unexpected emergencies. However, many claims require proof to reach a settlement, and there are always fraud concerns in any industry. Professional surveillance can help ensure the best agreements and payout solutions are met for the employers and employees. When you’re ready to take your business security to the next level, give us a call to connect to the right Chicago PI for your needs.